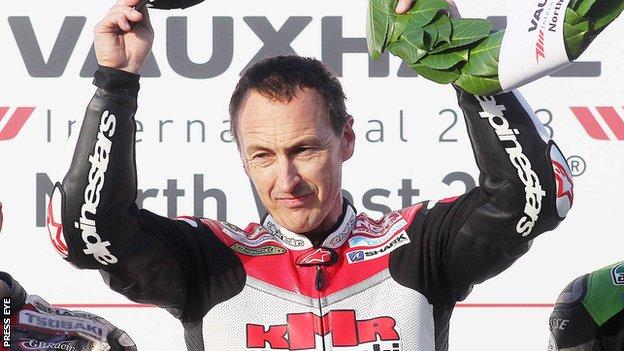 Jeremy McWilliams is making a return to the British Grand Prix next weekend at the age of 50.

The Glengormley rider, a 250cc Grand Prix winner in 2001, will compete in the Moto2 class at Silverstone on board a Brough Superior machine.

McWilliams has not raced at Grand Prix level since 2007 but has continued to ride in circuit and road events.

He secured two podium finishes at MotoGP level, including the British Grand Prix at Silverstone in 2000.

McWilliams came third in England and finished in the same position in Italy earlier in the 2000 series.

The Supertwins race winner at the 2013 North West 200 is 17 years older than any rider currently competing in Moto2.