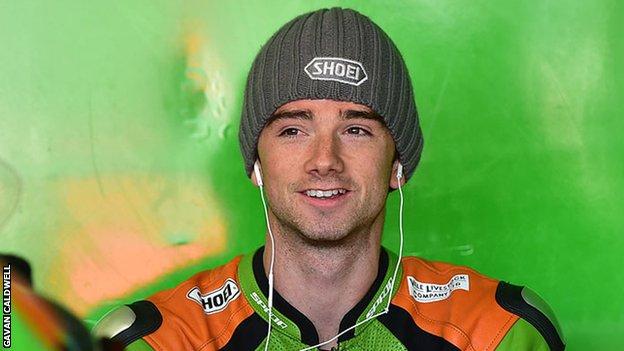 Irwin clinched victory by 0.33 seconds from Stapleford with Luke Mossey in third while fellow Carrickfergus rider Alastair Seeley was fourth.

Seeley, who won Saturday's sprint race, is third in the series and 34 points behind leader Billy McConnell going into the final round in a fortnight.

McConnell holds an 18-point lead over Smiths Triumph team-mate Stapleford ahead of the last round at Brands Hatch.

Gearlink Kawasaki rider Irwin won for the fourth time this season after holding off strong challenges from Stapleford, Mossey and Seeley.

"We scored good solid points this weekend and I've been the highest points scorer for the past two race meetings," said Mar-Train Yamaha rider Seeley.

"Finishing in front of the Smiths Triumph boys was the aim and we've achieved that. We had the least amount of track time through practice and struggled with rear grip in race two, so I couldn't give it all I had. "

However, it was a disappointing day for Jordanstown man Andy Reid, who failed to finish the Superstock 600 race and is third in the series.