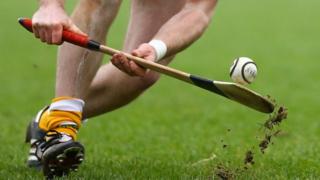 Live commentary on Portaferry against Kilmallock in the semi-finals of the All-Ireland Hurling Club Championship.

The Ulster champions go into the big match as underdogs as they face a Munster team which includes Limerick players Paudie O'Brien and Graeme Mulcahy.

Mark Sidebottom is the commentator at Cusack Park in Mullingar, with analysis from former Antrim player John McIntosh.

Coverage starts at 14:00 GMT and is available to UK users only.