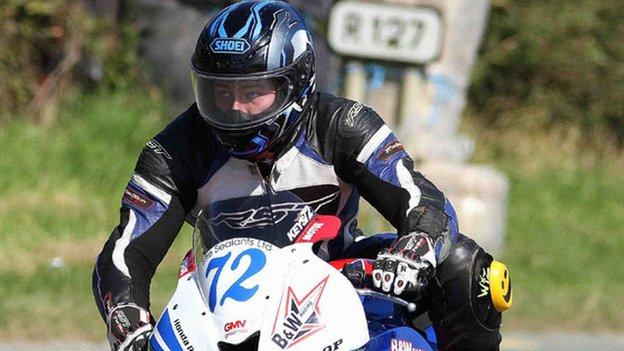 Lisburn rider Gareth Keys is to make his debut at the Isle of Man TT road races in June.

The 24-year-old will compete in the Supersport and Lightweight events for the B&W team, riding Honda and Kawasaki machines.

Keys won the 250cc race on his first appearance at the Ulster Grand Prix in 2013 and was 10th in the Supertwins at last year's North West 200.

He is the nephew of former TT regular Trevor Keys.

"It is the culmination of a long-held dream and I am putting everything I have into making sure when I get to the event I am as well prepared as possible.

"I have made a number of trips to the island to try to increase my knowledge of the circuit."

The Isle of Man races are scheduled to take place on 6-12 June.