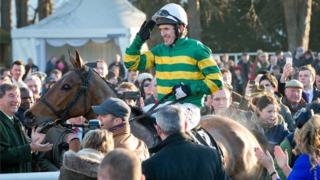 Time is right to retire - McCoy

McCoy, who announced his decision to retire by the end of the season on Saturday, won on board 4-1 shot Carlingford Lough.

The 40-year-old from Northern Ireland joked about giving a Dublin taxi driver a bit of a shock after his impending retirement was made public.