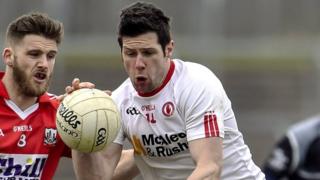 Cavanagh 'devastated' by defeat by Cork

Tyrone's Sean Cavanagh says he and his team-mates were left 'devastated' by their one-point defeat by Cork in Division One at Healy Park.

Cork recovered from five points down to secure victory with a controversial late winning point which appeared to sail wide of the posts.

"Some days you are going to get the rub of the green and it was Cork's turn to get that wee bit of luck today," said Cavanagh.

"We felt we were on an upward curve in our last few games and some of the criticism of our style of play was not warranted. We feel we are progressing as a team."