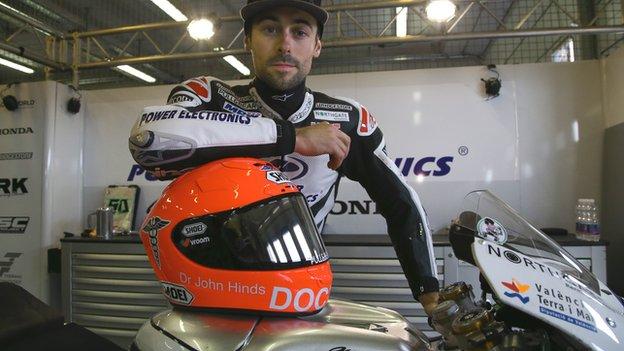 Toomebridge brothers Eugene and Michael Laverty failed to secure a place in the points in Sunday's German MotoGP.

Aspar rider Eugene finished 17th at the Sachsenring circuit and remains on seven points for the season.

Eugene raced in a special helmet in a tribute to his friend Dr John Hinds, who died in an accident at the Skerries road race meeting earlier this month.

Michael, who came in 20th, was competing for Aprillia as a replacement after Marco Melandri's departure.

The 34-year-old was named as a wildcard replacement this week for the German GP after Melandri parted ways with the Aprilla Racing Team.

It was the Spaniard's first victory since the second race of the season, at Austin in April - but his sixth in six years at Sachsenring.