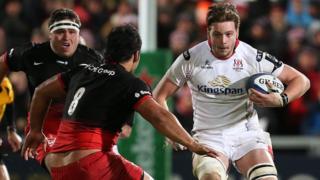 The Ireland player was speaking after 1999 champions Ulster were beaten by Saracens while three-times winners Leinster lost their second straight pool game to English opposition.

The Irish sides meet in a Pro12 clash on Friday night and Henderson is relishing the derby showdown in Dublin.