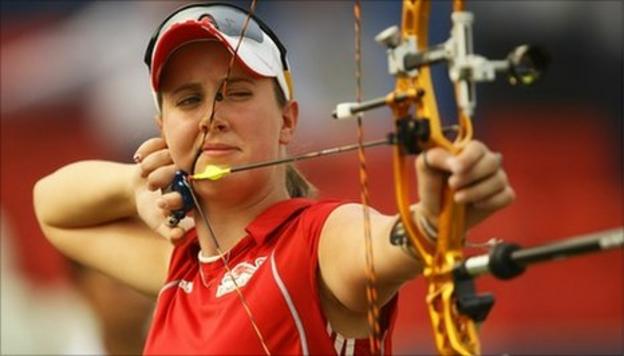 Hunt switched to the Olympic discipline of recurve archery 18 months before the 2012 Games despite being the world number one in the compound event. She first topped the compound world rankings in September 2010, and the following month won individual and team gold medals at the Commonwealth Games.

I've been quite successful with my compound and a lot of that stuff is transferable, especially the mental side of archery, which is a big factor

Hunt started out as a recurve shooter but took to the compound bow in 2005. She took up the sport at the age of 11, and was representing England Under-18s just a year later.

Hunt worked full-time as an NHS physiotherapist but has taken a career break to focus on her recurve training.