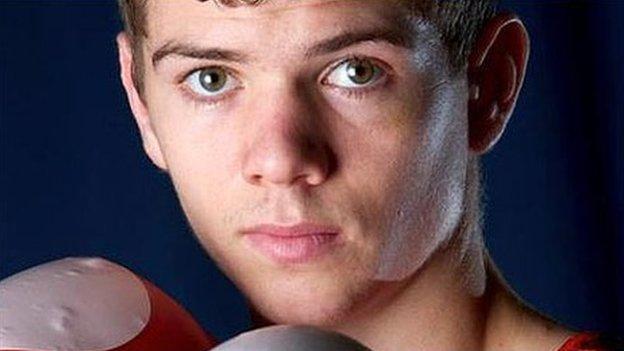 Yorkshireman Campbell became England's first European amateur champion in 47 years when he won the bantamweight title in Liverpool in 2008. He beat experienced Bulgarian Detelin Dalakliev on countback after an enthralling final finished all square on points.

Campbell also won the 2010 British amateur title and earned a silver medal the following year at the World Amateur Championships.

Hull-based Campbell was overlooked for the Beijing Olympics despite his European gold earlier in the year.

He was then sidelined for 10 months after splitting the tendon over the knuckle in his left hand during training in 2009.

He took up boxing at 13 when he accompanied his brother to the gym - and promptly lost his first two fights.

He took gold in the pre-Olympic Sociko tournament in Lithuania

He has spent time in Los Angeles at the gym of the legendary Freddie Roach, who currently trains Manny Pacquiao and Amir Khan.