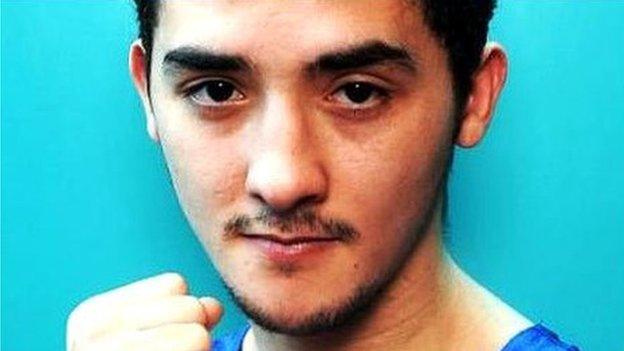 The flyweight enjoyed a stellar 2011, winning the European title and only losing the World Championship final by a single point to Russia's Misha Aloyan.

Had Selby won that bout, he would have qualified automatically for the Olympics. Instead, the Welshman had to face team-mate Khalid Yafai in a box-off to determine who got the solitary Olympic spot, with Selby emerging victorious.

Selby incurred the wrath of GB Boxing's head coach Rob McCracken in 2010 after seeming to waste his potential.

McCracken said: "I lost my mind with him ...he wasn't knuckling down. It was a blessing that he learned his lesson at a time that it wasn't critical."

Selby also suffered a humiliating blow when he lost a bitter grudge match with Pakistan's Haroon Khan, brother of Amir, at the Commonwealth Games in Delhi.

He is from Barry Island in Wales and is the younger brother of professional Lee Selby, who won the British and Commonwealth featherweight titles in 2011