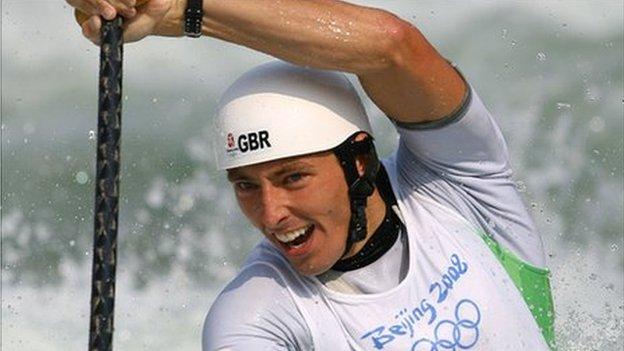 The Scotsman won individual silver at the Beijing Olympics. This summer, he aims to race in the single canoe and two-man canoe (with Richard Hounslow) in an attempt to become the first British paddler to medal in different disciplines at an Olympic Games.

Florence made history by winning two World Cup gold medals (in the C1 and C2 with Hounslow) in Cardiff recently. No athlete had won two different classes at a World Cup meeting before.

He started to compete in the two-man canoe in 2009 and won world bronze with Hounslow the following year. They were fourth in 2011.

He took up canoeing at the age of 14 after trying it on a family day out at the beach. By the age of 19 he had made the British team.

He now lives near the Lee Valley Olympic course where he trains twice a day, an advantage he will hope gives him the edge over his rivals in 2012.

Florence was brought up on the same street in Edinburgh as cyclist Sir Chris Hoy.