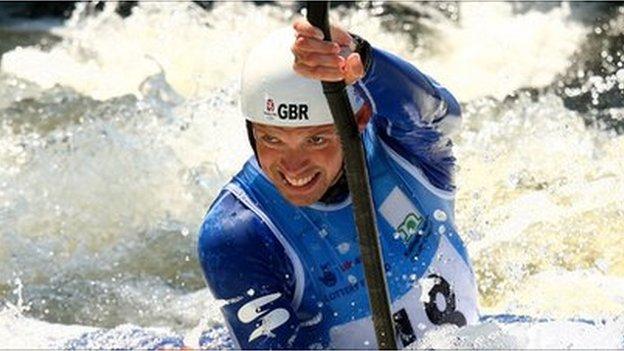 The slalom canoeist won Olympic silver in the K1 class in Athens, having led at the halfway point. It initially seemed that he had missed out on the medals altogether when a splash of whitewater prior to his second run triggered the start timer and gave him an incorrect time. After an official review, his time was adjusted and he was promoted to second place.

Walsh has three World Championship medals to his name: bronze in 2006 and 2007, and silver in 2009. He was European champion in 2008 but then endured a disappointing Olympics in Beijing, failing to reach the final.

The Scot was bed-ridden for much of 2010 due to mumps and an infection similar to viral meningitis. He returned in time for that year's World Championships but a bad mistake put paid to his medal chances, while he was a lowly 29th in 2011.