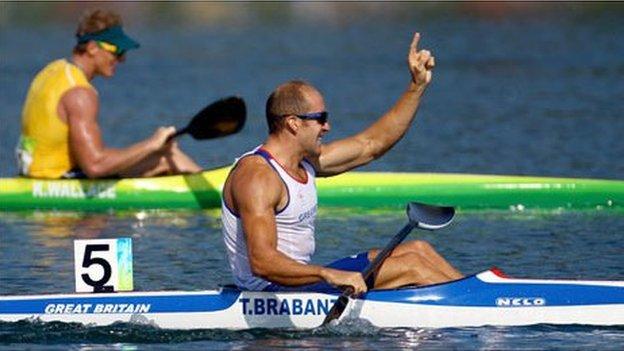 Britain's first Olympic canoeing champion was awarded an MBE in 2009, having won numerous world and European medals in addition to his three Olympic medals.

He took 18 months out to concentrate on his medical career after each of the last two Olympics, latterly returning in 2010 to win silver at the World Championships in the K1 1000m behind Max Hoff of Germany.

Brabants' form suffered last year as he struggled with illness and a serious shoulder injury, culminating in his failure to earn selection for the 2011 World Championships.

He recovered this year to beat rival Paul Wycherley in a best-of-three race-off for an Olympic spot.

Brabants and wife Michelle had their first child in January 2011, a daughter named Jules. Michelle could not afford to fly out to Beijing to watch his 2008 gold medal-winning race but will be there in London, along with his father Peter.

His mother Liz, who travelled to Sydney in 2000 to see him win his first Olympic medal, died of leukaemia in 2005.