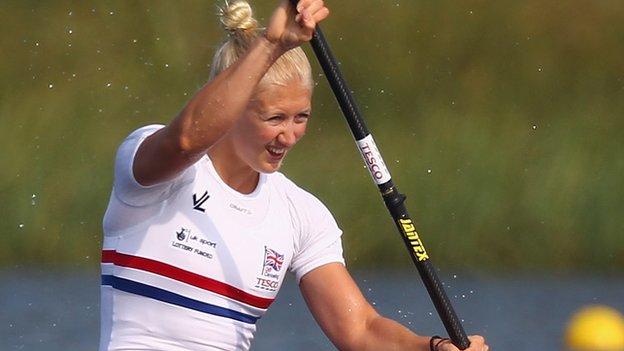 Cawthorn is one of the world's best sprint canoeists. In 2010 she became the first British female canoeist to medal at a World Championship, earning bronze in the 500m. She has also won European gold over the non-Olympic distance of 1000m.

Described as a "ball of fire" on the water by Olympic champion Tim Brabants, she also has her sights set on a place in Britain's 500m K4 team.

If I don't get a medal at 2012 it'll be devastating. All of us have medals in mind

She sacrificed her individual medal prospects to help qualify the K4 team for the Olympics with a fourth-placed finish at the 2011 World Championships.

Although 2012 will be her first Games, she went to Beijing as part of the Olympic Ambition programme to take in the atmosphere without the pressure of competing.

The Guildford athlete took up the sport aged 15 after canoeing talent scouts turned up at her school and invited the taller girls to do some physical tests in the gym. She was one of eight children picked for training out of 1000.

Cawthorn says she keeps all of her medals on a big teddy at the end of her bed!