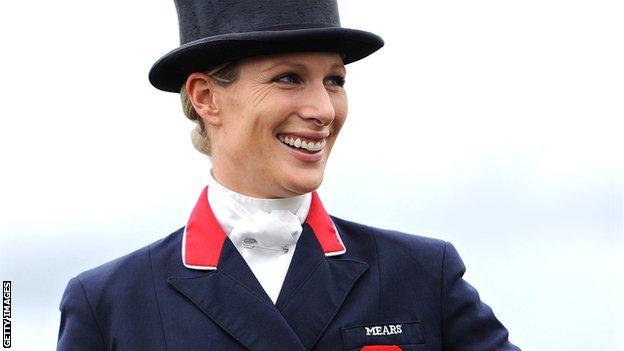 Phillips and her horse Toytown won individual gold and team silver at the World Equestrian Games in 2006, leading to her being voted BBC Sports Personality of the Year.

They also won the individual and team European titles in 2005 and team gold two years later. Phillips will ride High Kingdom, whose timely run of form secured her place in the British team.

It's awesome to be given this opportunity. I'm really excited and can't wait to kick on and get High Kingdom there

She endured an annus horribilis in 2008, breaking her collarbone in a fall on Tsunami II at a competition in France. The horse broke its neck and had to be put down, leaving Phillips "devastated".

She is the grand-daughter of the Queen and is currently 13th in line to the throne (she was sixth in line when she was born). She married England rugby star Mike Tindall in July 2011.

Her mother, Princess Anne, competed at the 1976 Olympics, while her father, Captain Mark Phillips, won gold at the 1972 Games.