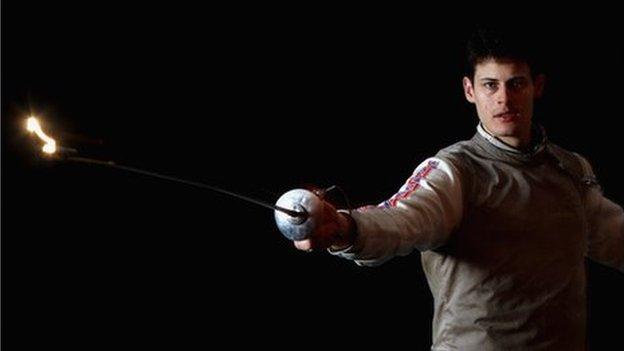 Kruse achieved the best Olympic placing for a British fencer in 40 years when he reached the quarter-finals in the foil at the 2004 Games.

Two years later, he won Britain's first senior world or European medal since 1965 when he claimed silver at the European Championships. He won his fourth European medal in 2012.

A qualified civil engineer, Kruse combined training for the 2004 Olympics with studying for an engineering degree.

He is now a full-time fencer, but in the build-up to the 2008 Olympics he was employed part-time as a civil engineer for a company working on the London 2012 site. He missed out on automatic qualification for Beijing by a single hit but was awarded a wildcard place and reached the last 16.

Kruse was 10 years old and had never heard of fencing when his mum, a teacher, made him go to a new fencing club in Finchley. It had been set up for kids by Ziemek Wojiechowski, a former fencing champion in Poland and now Kruse's coach.

Kruse became the youngest ever British foil champion in 2001, aged 17, and the same year won his first international medal - silver at the European Under-20 Championships. He improved that to gold the following year.