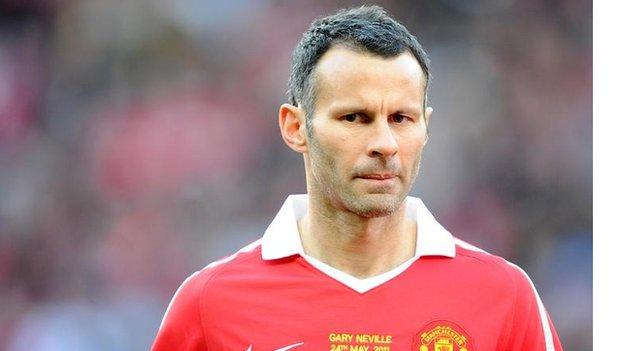 He has achieved a record 12 league titles and won every domestic trophy in the game, plus the Champions League in 1999 and 2008.

He is the only player to score in every season of the Premier League since its inception and holds the record number of appearances in the division. He has played 909 times for United and scored 163 goals.

His contribution to the game was recognised with the PFA Player of the Year award in April 2009.

He captained England schoolboys but was only ever eligible for Wales at international level.

He became Wales' youngest-ever player in 1991 aged 17 years, 321 days - a record since overtaken by a then 16-year-old Gareth Bale. Giggs decided to retire from international football in June 2007 after 64 caps and 12 goals.

He is the only current Premier League footballer to have been mentioned in The Simpsons.