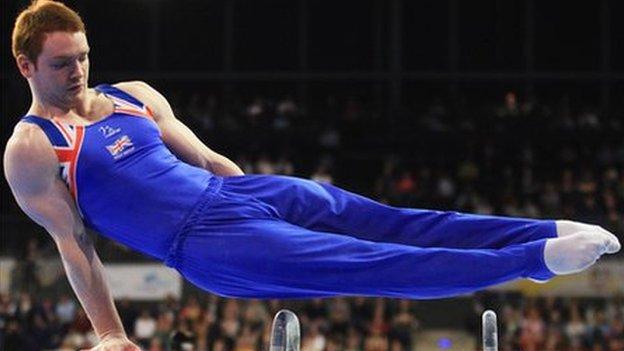 The artistic gymnast from Liverpool confirmed his arrival as a global force by winning a bronze medal in the floor event at the 2010 World Championships in Rotterdam.

He has also earned bronze in the all-around competition at the last two European Championships, helping Great Britain's men earn their first team medal when second to Germany in 2010.

An Olympic medal is definitely a realistic target now

Purvis retained the British all-round title last September and then finished fourth in the same discipline at the 2011 World Championships.

He is eligible to compete for Scotland through his mother Denise, who is from Dundee.

Inevitably as a Liverpudlian, his first love was football but Purvis admits to being no good at the sport. His parents took him to a local gymnastics club in Southport at the age of seven.

He made his breakthrough in 2006 by winning gold in the parallel bars at the World Schools' Championships.