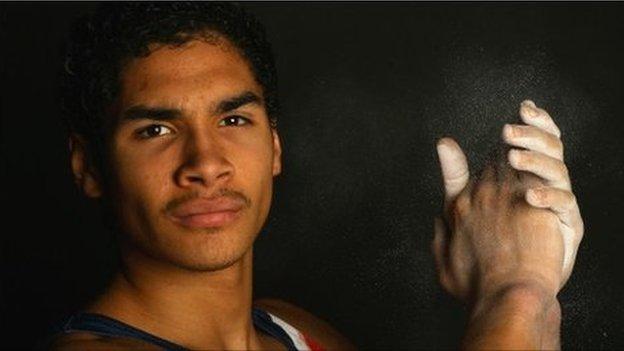 The Peterborough youngster became Britain's first Olympic gymnastics medallist for 80 years in 2008. Aged 19, he qualified fifth for the pommel horse final in Beijing and went on to pick up a bronze medal.

He sprang to prominence with gold on the pommel horse at the 2006 Commonwealth Games and has since earned two bronze medals and a silver at the World Championships, as well as a third European silver in 2012.

Smith has twice fallen at a major championship in recent years: he came off the pommel horse at the 2009 World Championships in front of his home crowd at the O2 Arena, and was then distracted by a moving TV camera crane at the 2011 European Championships and finished sixth.

Super-confident Smith reached the third round of television singing competition The X-Factor in 2009 and has been friends with JLS singer Aston Merrygold since their youth.

At the age of seven, the budding chorister was offered a scholarship to a private school but he rejected the opportunity as it would have meant giving up gymnastics.

He was diagnosed with attention deficit hyperactivity disorder around that time, and admits he only "finally got to grips with it" at the last Olympics.