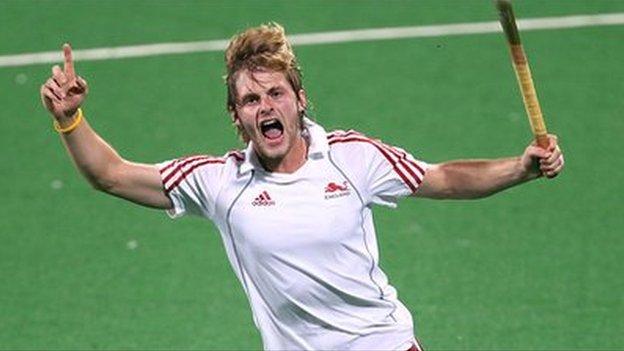 In 2009, Jackson became the first Englishman to pick up the coveted World Young Player of the Year award after helping his country win the European title with some outstanding midfield displays.

I would like to think I am the creative playmaker and whenever backs are against the wall, chips are down, if anyone was ever going to do anything it would be me

He was the youngest member of the Great Britain squad at the Beijing Olympic Games, aged 20. Originally from Kent, Jackson plays for Dutch side HGC.

One of the most feared penalty corner strikers in the world, his drag flick has been timed at around the 100mph mark.

He was sidelined for eight months in 2011 with an abdominal injury.

Jackson played cricket as a batsman for Kent's youth sides, but hockey became his chosen career at the age of 18 when he missed most of the cricket season to play for England's Under-21 hockey side at the 2005 World Cup.