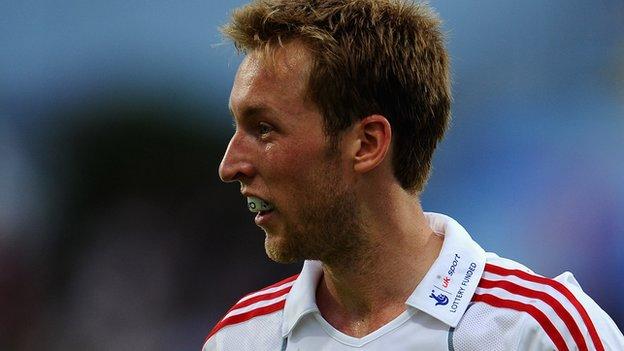 Middleton captained the England team that won European gold for the first time in 2009, scoring his fifth goal of the tournament in the final against Olympic champions Germany. He was included on the five-man shortlist for the 2010 International Hockey Federation's player of the year award.

The striker describes himself as 'like Michael Owen with a stick'. He made his international debut as a teenager in 2003 and has played in two Olympics, two World Cups and two Commonwealth Games. He contested his fifth European Cup in August 2011, helping England win bronze.

He played his club hockey in the Netherlands for five seasons before moving to Hamburg side Der Club An Der Alster in 2011.

The Yorkshireman took up the sport aged six and was encouraged by his parents, both of whom were coaches at Doncaster Hockey Club.