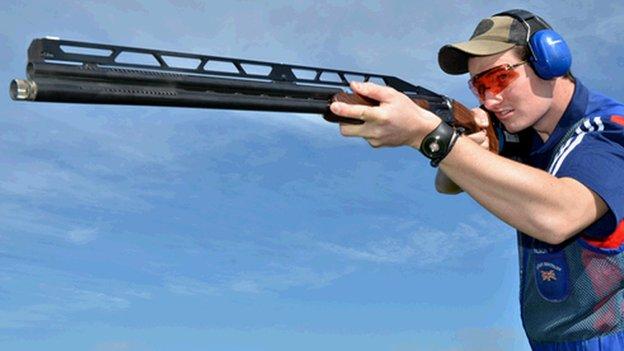 The Dorset marksman rose to world number one in the double trap rankings in August 2011 after a superb season in which he won his first medals on the World Cup circuit, including a gold.

He began 2012 in style by setting a world record of 198 hits out of 200 to win the opening World Cup event of the year in Arizona.

Sheikh Ahmed Maktoum...said he would mould me into a future Olympic champion. That was in winter 2008 and I have come a long way since then

Since 2008, Wilson has been coached by Sheikh Ahmed Al Maktoum, a member of Dubai's ruling family. It was Al Maktoum's Olympic double trap gold in 2004 that helped inspire Wilson to take up the sport as a career.

Farmer's son Wilson turned to shooting when he was unable to pursue his main interests, squash and cricket, after suffering serious nerve damage to his shoulder in a snowboarding accident.