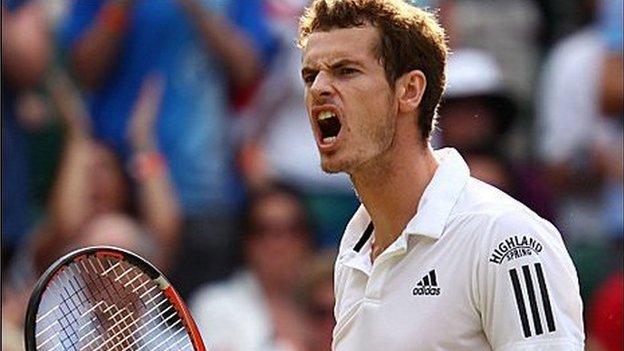 Murray's other accolades include becoming the highest-ranked Briton in history when he rose to number two in the world in 2009, winning the junior US Open in 2004, and being the youngest-ever British debutant in the Davis Cup - aged 17 years and 293 days - the following March.

He has lost all four of his Grand Slam finals, failing to win a set in the first three of them.

Murray was the first player to win a match that started and finished under the Centre Court roof at Wimbledon - he beat Stanislas Wawrinka in five sets in the fourth round in 2009.