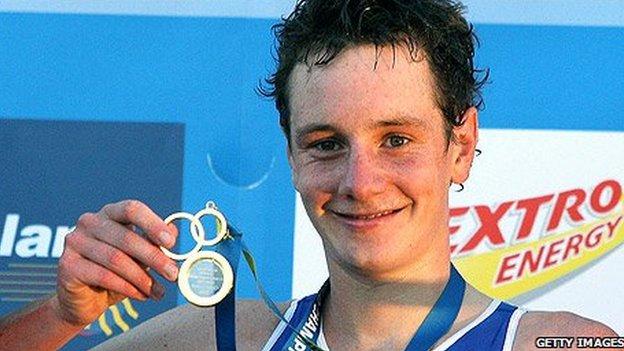 The Yorkshireman's superb record marks him out as a leading contender for Olympic gold. He became world champion for the second time in 2011; his inaugural gold two years earlier made him the first competitor to win all three major world triathlon titles, having previously triumphed at junior and under-23 levels.

He retained his European crown in 2011 despite suffering a flat tyre in the cycling phase.

Brownlee actually led the 55-man field at the 2008 Olympics with only 3km of the run to go before fading to 12th in 30-degree temperatures. He was only ranked 84th in the world at the time and was the second-youngest competitor in the race.

He was introduced to triathlon in his early teens by an uncle who had taken up the sport. Brownlee later gave up his degree in medicine at Cambridge to pursue a career in triathlon.