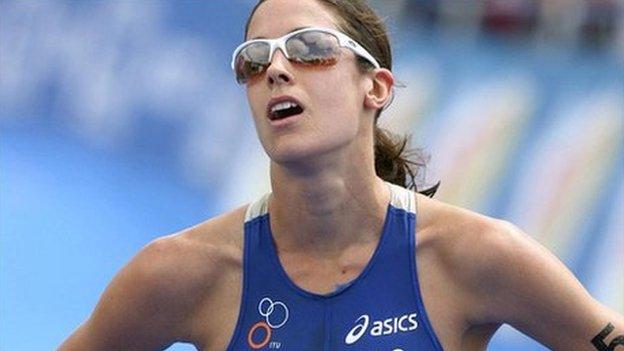 Jenkins became world champion for the second time in 2011, having added three runner-up positions to her London victory during the seven-stage series.

Her first world title, in 2008, came after a thrilling sprint finish in Vancouver when the competition was decided on one day.

Jenkins had her funding withdrawn after an injury-plagued 2006 and 2007, and a few months after her world title she was a disappointing 21st at the Beijing Olympics.

Born in Elgin, Scotland, her parents moved to South Glamorgan in Wales when Jenkins was four. She developed a love of water and was soon an accomplished swimmer but knew by the age of 15 that she would not make the grade at international level.

She switched to triathlon, a sport her dad had competed in, and finished fifth at the World Junior Championships in 2003.