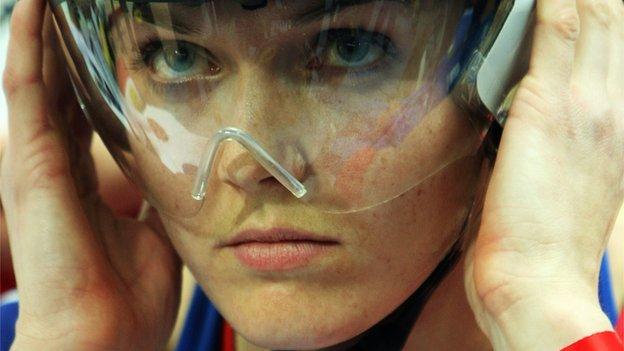 Pendleton is the most successful British female track cyclist of all time, winning Olympic sprint gold in 2008 and nine world titles - including a record-equalling six in the individual sprint.

She has finished on the sprint podium at every World Championships since 2005.

Her father was a keen cyclist and Pendleton and her twin brother started grass track cycling aged nine - she credits the discipline with helping her develop bike-handling skills and stamina.

She has appeared scantily-clad in several photoshoots, including posing naked on a bike for Observer Sports Monthly in 2008.

She says: "Maybe some people found it sexual, but I just thought it was artistic…There is this nasty stereotype of what you should be like in cycling and I have stepped beyond that. I am a different build and I have shown it works."

She will marry her Australian fiancé Scott Gardner, a sports performance scientist, after the London Olympics.