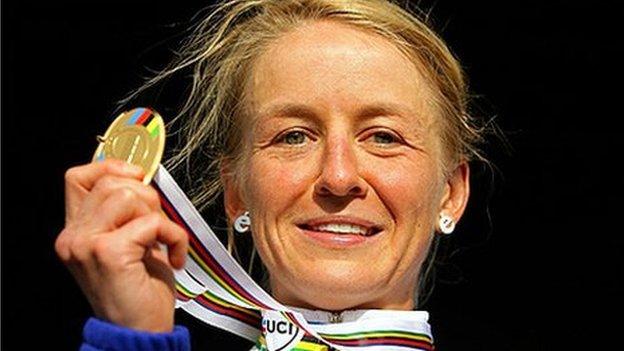 Pooley won a silver medal in the 2008 Olympic time trial, an event in which she earned her first world title in 2010.

She said after her silver at the 2008 Olympics: "I never planned to be a cyclist. My background is as a runner but because of the injury problems I started cycling as a way of cross-training and then I had a go at triathlon.

"I still considered myself a triathlete when I started road racing in 2005 - and I only went to my first few road races because a friend in my triathlon club persuaded me to go with her."

The Cambridge graduate put her PhD in soil engineering on hold to race full-time with the Cervelo professional team.

Her first road race team were called Team Fat Birds UK (for the record, she's 5ft 1in and weighs under eight stone).