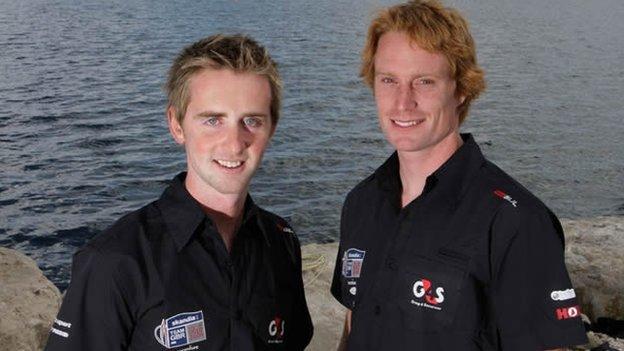 He won gold in the 49er class at the 2007 World Championship in partnership with Ben Rhodes, a year after they had won their first major title at the European Championships.

They also won the Olympic test event and a world silver medal in the build-up to the 2008 Games but could only finish ninth in Beijing.

As a youngster, Morrison would take a little boat out on to a creek at the site of the boat-building business owned by his father Phil, a renowned yacht designer who won world titles in a variety of dinghy classes. Morrison was scared "witless" of water until the age of 10 and he still wears a wetsuit as he doesn't like getting wet.

He says of the 49er class: "Our boat is like a Formula One car, compared to the family saloon of Ben Ainslie's Finn dinghy."

Devonians Morrison and Rhodes have a tradition of naming their boats after songs, but they fell foul of Olympic officials in Beijing when they used a rude song title by The Kooks. The pair were ordered to scrub the offending name from the side of their boat; they replaced it with Little Miss Pipedream, after a track by The Wombats.