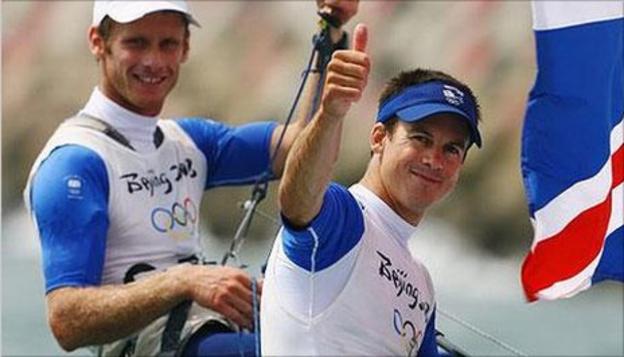 He won a silver medal at each of the last two Olympic Games in the 470 class, having finished fourth on his debut in Sydney back in 2000. He was heavily fancied to win gold in China following his success with Joe Glanfield in the test event the previous year, but they lost out to Australia. He has so far failed to claim gold at the Olympics or a World Championship, finishing second on four occasions.

He began sailing at the age of 14 and went on to win gold at the 1995 Youth Sailing World Championships with Pom Green. He then teamed up with Glanfield for a highly successful 11-year partnership that spanned the two Olympic silvers.

Following their amicable split he reunited with Green again for a tilt at gold at London 2012, but their results were so disappointing that in July 2010 Rogers announced he was retiring. However, he reversed his decision and with Chris Grube they have posted some excellent results. It's an impressive achievement given that Rogers is out of the performance squad and has had to remortgage his house to fund his Olympic bid.

His father, Jonathan, brother Ben and sister Kate were also competitive sailors; the siblings have since swapped white sails for white coats and are now successful doctors.

Rogers' cousin Simon is a renowned yacht designer and has worked on past British America's Cup challenges.