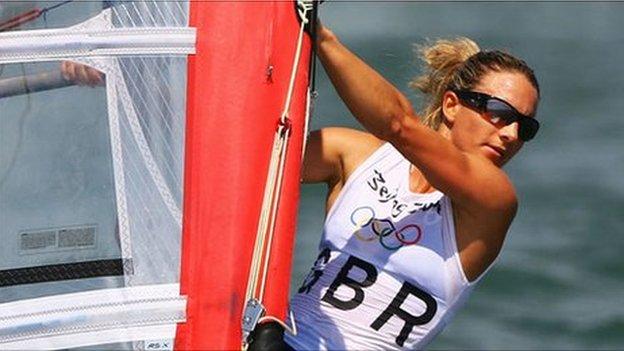 Shaw became the first British Olympic medallist in women's windsurfing when she took bronze in Beijing, four years after failing to qualify for the 2004 Games.

She has finished in the top eight at each of the last four World Championships (2008-11) and been a constant fixture in the top three of the world rankings since March 2009.

A pep talk from the visiting Princess Anne during the 2008 Olympics lifted Shaw "out of the dumps" following a disastrous fifth race in which she false started. The BBC had to apologise for Shaw's language after she swore on television while expressing her joy at earning a medal.

Shaw had to be rescued by boat when she first tried windsurfing during a family holiday to the south of France at the age of nine. She did not know how to turn around and says her terrified mum screamed: "My baby's going off to Africa. Come back!"

Nonetheless, Shaw enjoyed the sport and decided to qualify for the national squad at the age of 15. A year later she became the Aloha under-17 national champion, beating boy competitors.