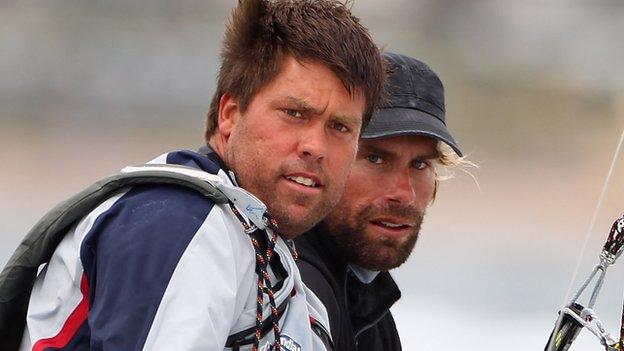 Simpson teamed up with his childhood friend Iain Percy to take Olympic gold in the Star class. They were second going into the final race but a nerveless performance saw them narrowly edge ahead of the Swedish team. Their triumph in winning gold was all the more impressive given they had finished 52nd in the World Championships just six months previously.

They went on to win the world title in 2010, having taken time out from the Star the previous year to concentrate on the ill-fated America's Cup bid with Team Origin.

He started sailing at the age of six with his father in Dorset, where his talent was spotted by former UK national racing coach Jim Saltonstall. Simpson sailed a Laser until 2000 before converting to the Finn.

He acted as training partner to Percy at the 2000 Olympics and then to Ben Ainslie four years later. He and Percy had to settle for silver at the 2012 World Championship.

Simpson, nicknamed "Bart" after the character in The Simpsons, first met team-mate Percy at the age of seven. They played Lego together whenever they were unable to sail, and Percy was Simpson's best man at his wedding.