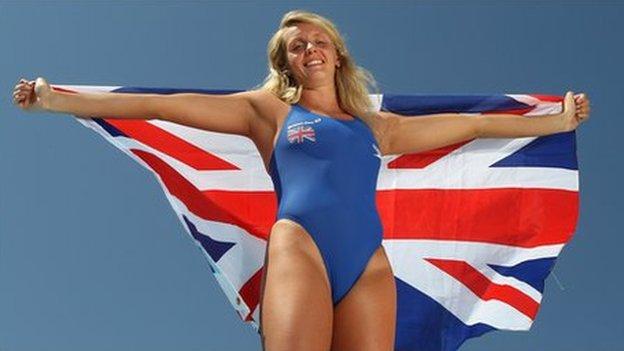 Sprint specialist Halsall grabbed the headlines in 2010 by becoming the first British swimmer to win five medals at a single European Championships. She defied illness to repeat the haul at the Commonwealth Games.

Halsall came to prominence at the 2006 Commonwealth Games when, at the age of 16, she claimed two relay silver medals.

Her first major individual medal was 100m freestyle silver at the 2009 World Championships, but she was a disappointed fourth over 50m and 100m two years later.

She suffered ligament damage early in 2010 when she went over on her left ankle while running, and only managed three weeks' proper training before having surgery at the end of the year.

She lives in Loughborough with boyfriend Alastair Wilson, a hockey player she met during the last Olympics in Beijing, and fellow swimmer Lizzie Simmonds.