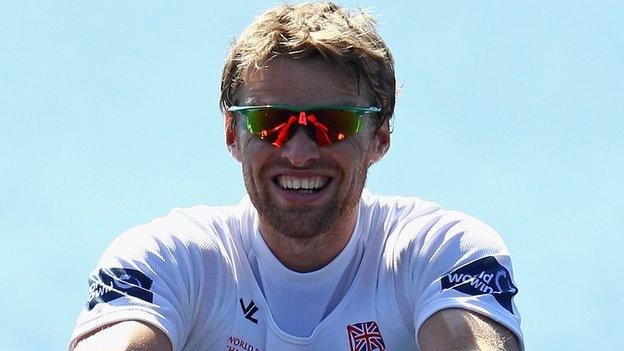 Campbell marked his first season as a senior international single sculler by winning the overall World Cup series in 2006, and has since won silver at the 2009 World Championships and bronze in 2010 and 2011.

He was fifth at the 2008 Olympics - an impressive performance considering a knee infection meant he almost didn't go to Beijing.

Known as a fast starter, he led for the first 750m of the race but was swallowed up by his rivals.

Campbell gave up his degree and Army training in 2003 to concentrate on rowing. He got married the week after the 2011 World Championships.