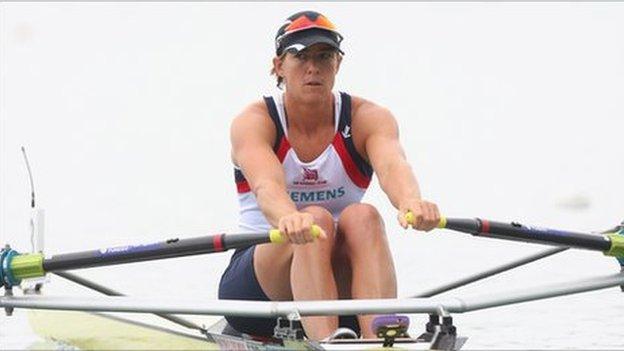 Grainger is Britain's most successful female rower, with silver medals at each of the last three Olympics.

She and her quad sculls team-mates went into the 2008 Olympics having won the previous three World Championships but had to settle for silver behind the Chinese quartet.

A distraught Grainger considered retiring but decided to continue in the hope of landing the elusive gold in London in 2012.

The Scot, who took up rowing while studying law at Edinburgh University in 1993, has a black belt in karate and is currently studying for a PhD in in homicide.

She told the BBC: "I watch everything from Murder She Wrote to Law & Order, CSI, Sherlock. I pretend it's work, so if I haven't been to the library or written many chapters, I think 'At least I put some hours in watching those educational programmes'."