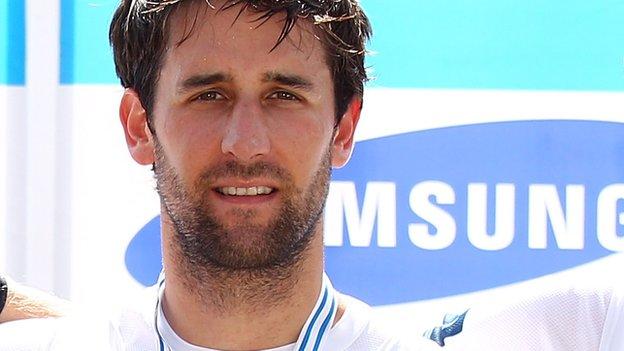 The Welshman won gold with the coxless four at the 2008 Olympics and 2011 World Championships.

James, from Wrexham, took up rowing after a knee injury forced him to give up running.

He made his senior British debut as a 19-year-old in 2003 and won a bronze with the men's eight at the World Championships the same year.

He won another world bronze with the men's eight in 2007.

James was diagnosed with an irregular and rapid heart beat at the beginning of 2012 but says it is under control after treatment.

He took a year off after the Beijing Olympics and a back injury meant he was injured for much of 2010.