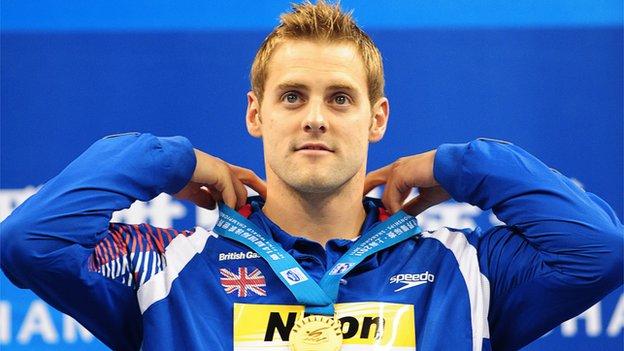 The two-time 50m backstroke world champion and world record holder has won medals at every major competition except the Olympics. He was one of three British gold medallists at the 2011 World Championships in Shanghai, becoming the first man to retain the 50m backstroke title.

He picked up four medals at the 2010 Commonwealth Games, including gold in the 50m and 100m backstroke. As the 50m backstroke is not an Olympic event, it is the 100m backstroke he will be concentrating on in 2012.

He practises ballet as part of his warm-up before swim sessions. He and the rest of the Loughborough-based British team also do kick boxing, rock climbing, 40km cycle rides and running.

Devon-born Tancock played rugby union for the Exeter Chiefs junior team until the age of 13. He was invited to a first-team match following his Commonwealth Games success in 2010, and successfully slotted a conversion through the posts during half-time.