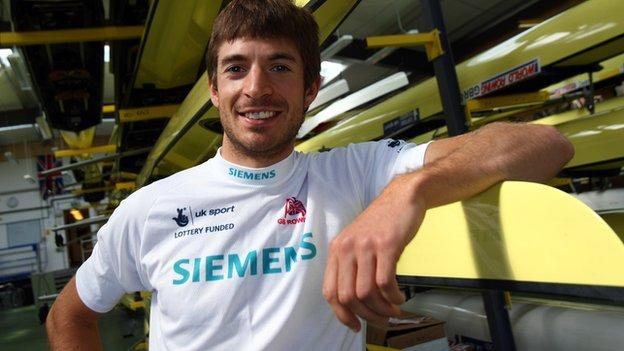 He won the single scull at the 2006 World Championships and the double sculls with Hunter in 2010 and 2011.

His 2009 season was ruined by a virus - while Hunter took the year off - and Purchase was then unable to compete for four months in mid-2011 due to post-viral fatigue.

Cheltenham-born Purchase, who will marry his fiancée Fliss two weeks after the Olympics, got into rowing at school in Worcester - initially too young to row, he offered his services as a cox until he was able to sit in a crew boat.