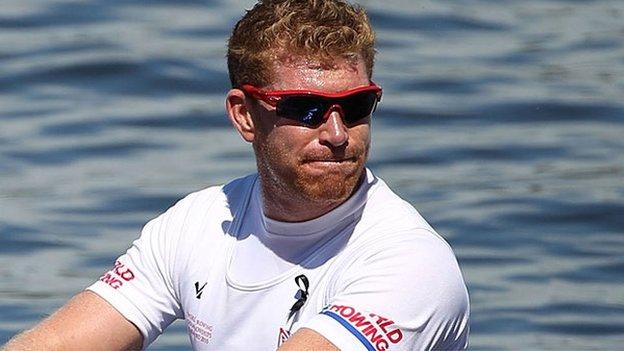 Wells won Olympic and world bronze in the double sculls with Steve Rowbotham before earning a silver medal with new rowing partner Marcus Bateman at the 2010 World Championships.

Wells is the longest-serving continuous member of the British rowing squad, having first been included in 1999.

He and Bateman were only sixth at the 2011 World Championships after Bateman suffered sickness the night before the final. The two flame-haired rowers call themselves "The Red Express".