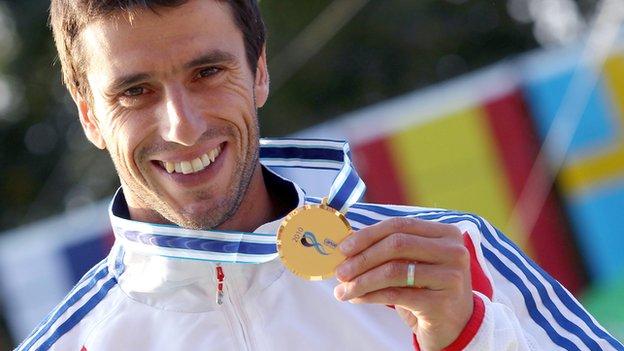 Estanguet became the first canoeist to successfully defend an Olympic individual whitewater title when he struck gold in 2004. The Frenchman was promoted to top spot in unusual circumstances in Athens when long-time rival Michal Martikan incurred a two-second penalty after a post-race review.

Estanguet added the 2010 world title and 2011 European crown to his lengthy list of major honours.

The double Olympic champion only came ninth in 2008. He later claimed his preparations had been compromised by the pre-Games duties he had to carry out in his role as France's flagbearer at the opening ceremony in Beijing.

Estanguet was raised at the foot of the Pyrenees and started canoeing when he was five - encouraged by his father Henri, who won team medals at the Wildwater Canoeing World Championships in the 1970s. Estanguet won World Cup gold on his senior debut at the age of 18.