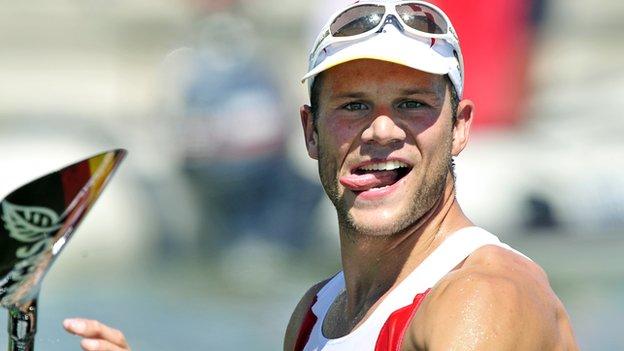 Originally a whitewater paddler, Hoff has become a major force in canoe sprint events in recent years. He finished fifth behind British winner Tim Brabants at the 2008 Olympics in Beijing but has since earned back-to-back world titles and three successive European gold medals over 1000m.

He was crowned wildwater canoeing world champion in 2006, but then started training in the 1000m sprint event.

A recent bio-chemist graduate, Hoff insists he would not have been able to maintain a career in canoeing without handouts from his grandmother.