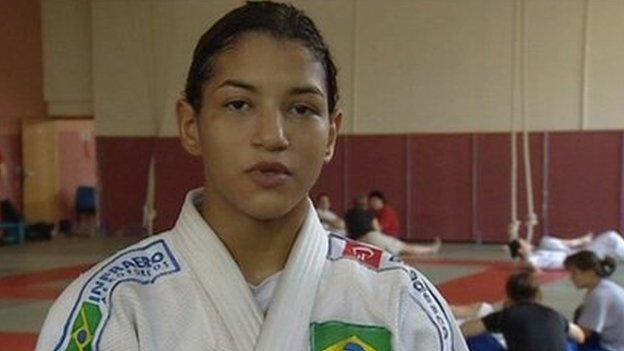 The two-time junior world champion took a giant leap towards senior stardom by winning bronze at the 2010 World Championships, an achievement she repeated the following year.

She was Brazil's female sports personality of the year in 2009 and is one of the country's leading hopes for a gold medal in 2012.

Menezes, who grew up in one of Brazil's poorest states in the north, was nine when she first joined a judo training session at her primary school. She initially lied about her whereabouts to her disapproving parents in order to keep practising.

She was handed a university scholarship as a result of her athletic talents.

Menezes is seeking to become the first Brazilian woman to win a judo gold medal at an Olympics.