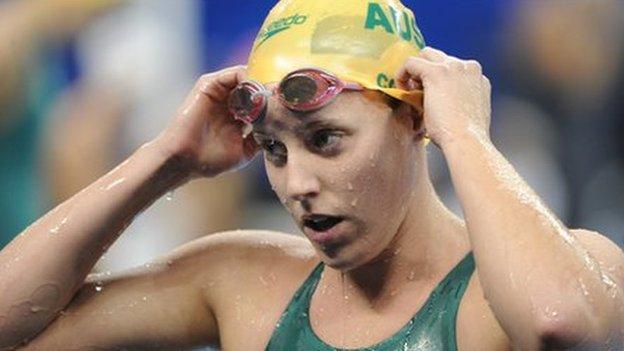 She missed the 2006 Commonwealth Games with glandular fever and the 2009 World Championships following stomach surgery.

David Urquhart, the president of Swimming Australia, is something of a father figure to her. Urquhart first coached Coutts at her local swimming club in Queensland when she was nine, a couple of years after her father died.