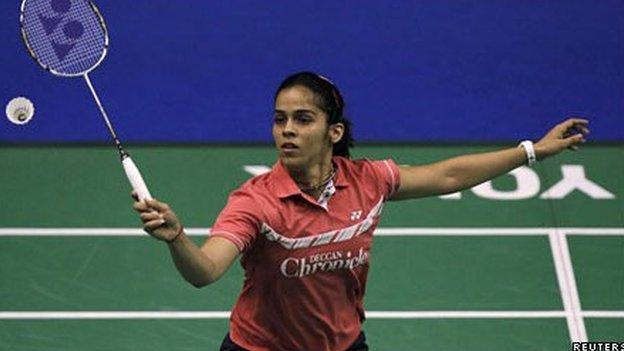 The new poster girl of Indian sport, Nehwal is a huge star in her native country. She burst into the spotlight when, at barely 16 years old, she propelled India to team bronze at the 2006 Commonwealth Games.

She then became the first female Indian badminton player to reach the Olympic quarter-finals and rose to the world number two spot in 2010, a year in which she also won Commonwealth gold in Delhi. It was the crowning moment of the Games for the host nation as it ensured that they pipped England to second in the medals table.

In August 2010, she was given India's most prestigious sporting honour, the Rajiv Gandhi Khel Ratna.

Born in Haryana, Nehwal has spent much of her life in Hyderabad. Her parents, both keen badminton players, had to make big sacrifices to help her career and Nehwal would practise for a couple of hours each day before school.

Her father, an entomologist (insect specialist), has refused job promotions that would require leaving Hyderabad and thus endanger the training Nehwal receives under Pullela Gopichand, a former All England winner.

According to the Times of India, she gave up karate aged eight when she was asked to let a motorcycle run over her stomach.