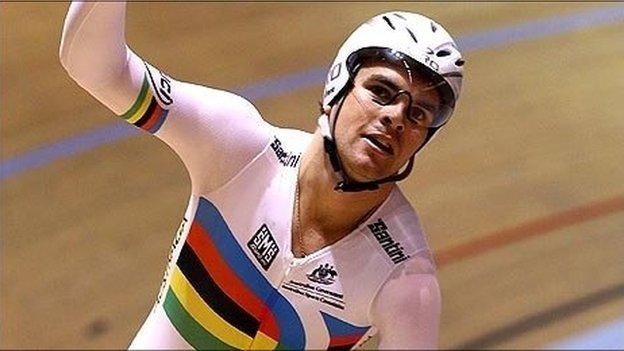 In March 2011, Bobridge smashed Chris Boardman's 1996 individual pursuit world record. Boardman's time was set in an aerodynamic position that has since been banned and the record was considered unbeatable by many.

Sadly for Bobridge, the individual event was axed from the Olympic programme after Beijing but he will be part of the formidable Australia contingent in the team pursuit.

He won Commonwealth gold in both the individual and team pursuit in 2010 and was part of the quartet that won gold in the team pursuit at the World Championships the same year. He also earned world bronze in the individual pursuit, having taken silver in 2009.

He is now seeking to complete his set of major medals at the Olympics. On the road, he rides for Garmin-Slipstream and Lance Armstrong has said of him: "He's the real deal ... I would love to have a kid like Bobridge [on my team]."

Born in Adelaide, he is a twin and has six other siblings. His father Kahl was an Australian track champion and competed internationally, while his grandfather and uncles were multiple South Australian road champions.