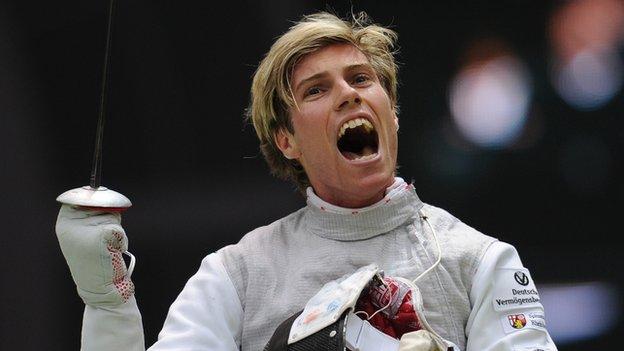 London 2012 will be his third Olympics, and he awaits his first medal. He was sixth in Athens and fifth in Beijing.

Joppich decided he wanted to become a fencer after watching the event at the 1988 Olympics, aged five. He joined his local club despite being too young to fence competitively.

After he turned 13, he left his hometown for the Elite Schools of Sports in Bonn to study and train as a professional fencer.