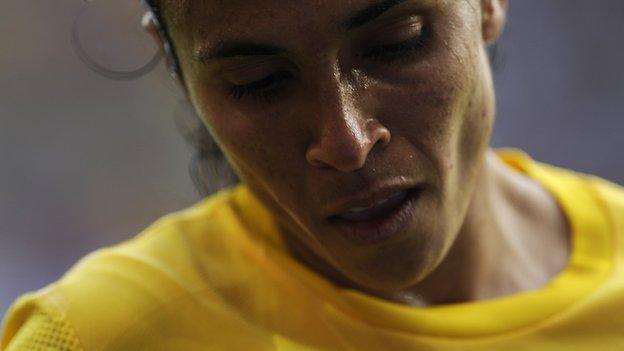 This Brazilian superstar was voted the Fifa Women's World Player of the Year an incredible five years running from 2006 to 2010. She won both the Golden Ball for best player and the Golden Boot as the top scorer at the 2007 Women's World Cup, and scored four goals in as many games in the 2011 tournament.

She missed a penalty against Germany in the 2007 World Cup final as Brazil lost 2-0. In fact, despite her status as the world's best player, she has been unable to inspire her country to glory at the Olympics or the World Cup.

So far, she has two silvers from the 2004 and the 2008 Olympics and a World Cup runners-up medal.

Marta Vieira da Silva comes from a single-parent family in the scrublands of Brazil's northeast. She left home at 14 to take a three-day bus journey to Rio and her first club was Vasco de Gama.

She is a United Nations Goodwill Ambassador, dealing with disadvantaged people and women's rights issues.