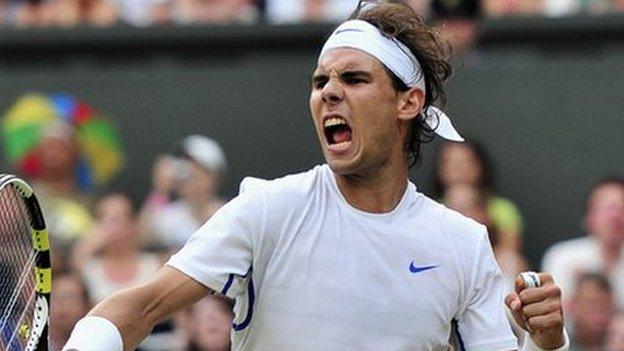 The long-time world number one became the second youngest player, behind Bjorn Borg, to win 10 Grand Slam titles when he secured his sixth French Open in 2011.

Nadal, 25, will be defending the Olympic singles title that he won in Beijing, beating Chile's Fernando Gonzalez in the final. August 2008 proved to be a great month for him as the week after the Olympics, he rose to world number one for the first time.

Nadal started playing aged four with his uncle Toni, his long-time coach. He captured a teenage record 11 titles, including the 2005 French Open, and helped Spain win the Davis Cup at the age of 18.

He suffers from tendonitis in both knees and was unable to defend his Wimbledon title in 2009 for that reason.

He has an asteroid named after him. The rock, which can be found between Mars and Jupiter, was spotted by astronomers in his hometown Mallorca.