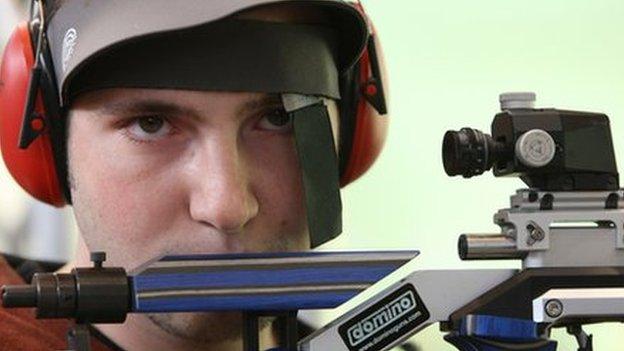 He became the first competitor to officially qualify for the 2012 Olympics after winning the men's 10m air rifle title at the World Championships in August 2010. Campriani was also the first Italian to win the event for 40 years.