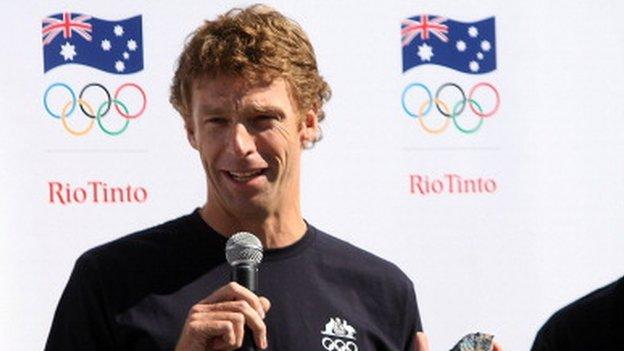 Ginn is a three-time Olympic champion, winning the coxless four in 1996 - where he was part of the original Oarsome Foursome - and the coxless pair in 2004 and 2008.

It was thought that Ginn would defend his pairs title in London but he has returned to the four, saying: "It's been all too long since Australia won the four [1996] and…there's certainly pride across the whole group to rectify that situation. And even better would be for us to do it on the Poms' home soil - that's not lost on us, that's for sure."

He missed the 2000 Olympics with a prolapsed disc and had surgery to repair nerve damage in his back immediately after returning from Beijing, where he rowed through immense pain to win gold.

He dabbled with a career in cycling, where he showed real promise, winning the time trial at the 2009 Oceania Championships, but returned to rowing in February 2011.